In line with Tamilnadu Chief Minister Edappadi Palaniswami’s announcement as part of Unlock 4.0 measures, intra-state public transport, train, and Chennai Metro Rail services began operations from today. EPS had on September two, announced that public and private bus services between the districts and within the State would be allowed to operate by following the Standard Operating Procedure put in place by the government, to prevent the spread of the Covid-19 pandemic. 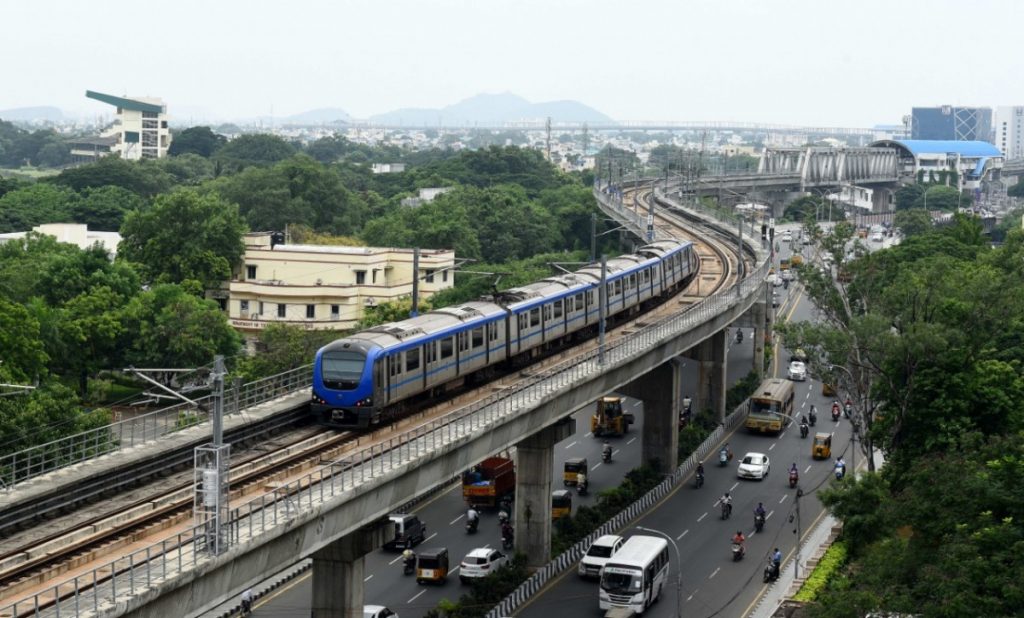 The Tamilnadu State Express Transport Corporation (TNSETC) operated buses to various districts since this morning after the vehicles were cleaned and disinfected. The TNSETC has urged the drivers to be more alert and vigil, especially while driving during nights, as they have resumed duty after a gap of more than five months. 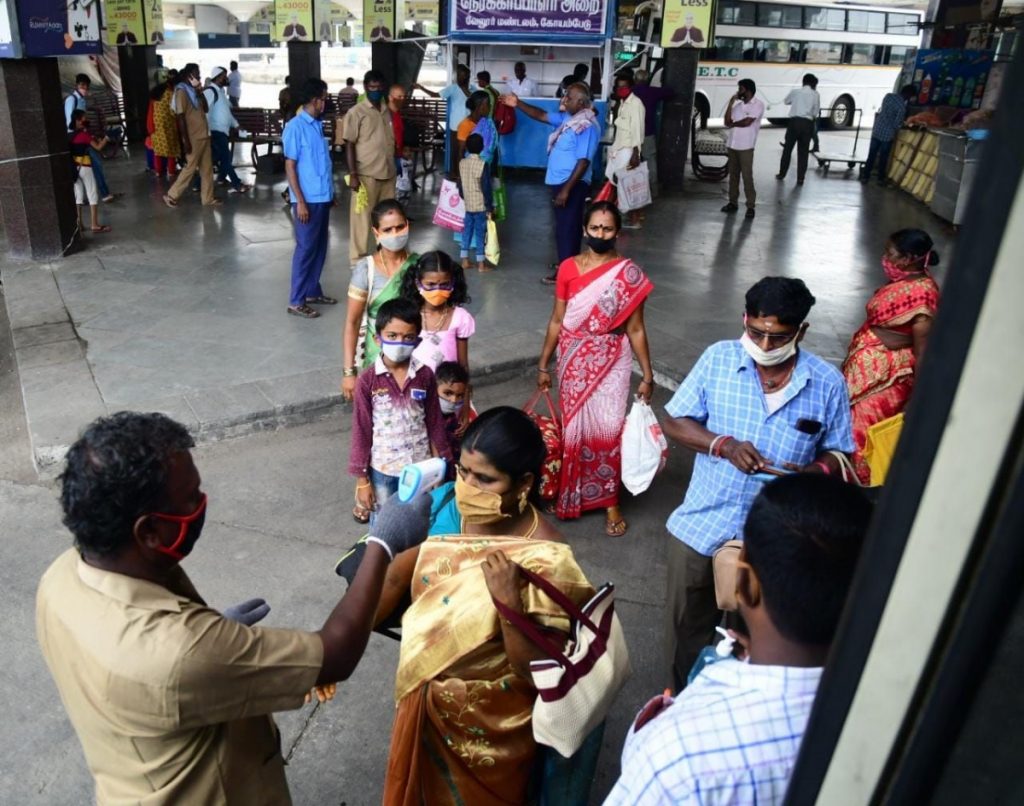 Apart from Chennai Metro Rail services, passenger train services within the State also resumed from today and the Southern Railway operated Special trains to various destinations, including Coimbatore, Madurai, Trichy and southern districts. Meanwhile, Chennai Metro Rail resumed services on the stretch between Washermanpet and Chennai airport, with the first train leaving Chennai airport at 7 am in which Industries Minister M C Sampath took a ride along with Metro Officials in the train. 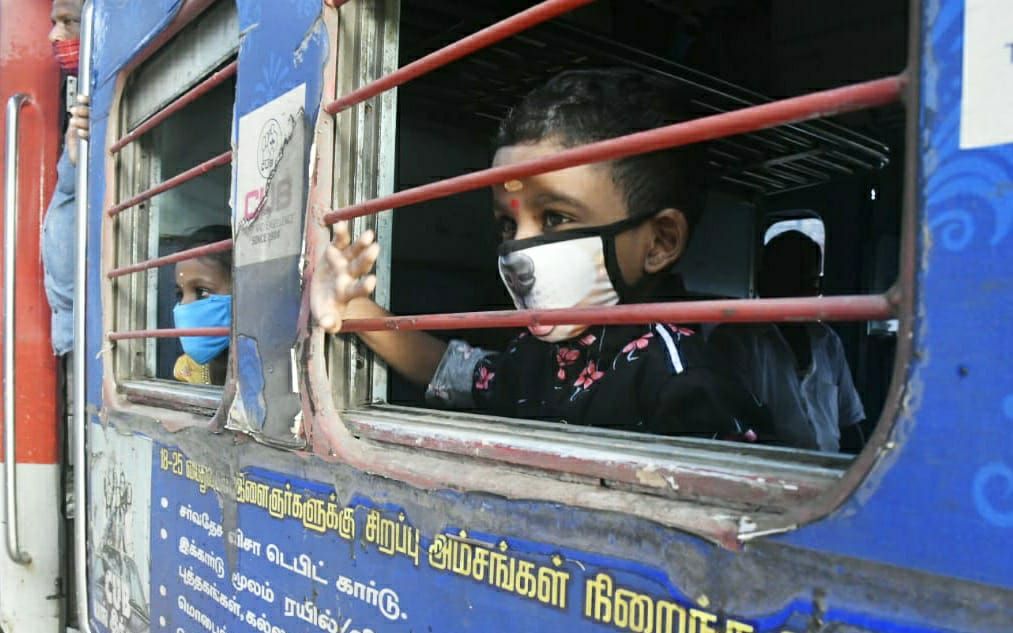 The stations and trains wore a deserted look and there were hardly any passengers in the first few rides. From 9 September, the other stretch linking Chennai Central and St Thomas Mount would become operational. CMRL sources said the old fare structure would be followed.

Earlier, CMRL announced that it would operate trains for 12 hours a day, with a frequency of five minutes during the peak hours and the train services would be operated from 8 am to 8 pm, by following Standard Operating Procedures (SOP) laid down by the government. However, after holding a meeting with the CMRL officials on the standard protocols to be put in place, Sampath, the services were extended by an hour and would begin from 7 am instead of 8 am in the morning. 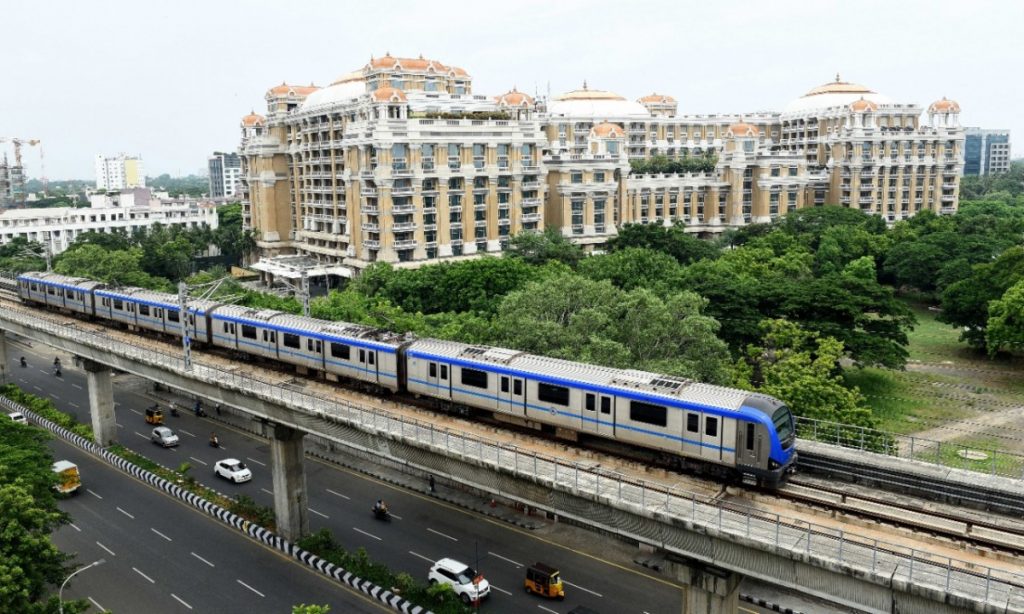 There would be some discomfort for those travelling to the airport as there would be no direct trains connecting Chennai Central to Airport and passengers have to switch trains at Alandur. The sources said that during peak hours from 8.30 am to 10.30 am and 5 pm to 8 pm, the trains were operated with a frequency of five minutes and ten minutes during non-peak hours. Since physical distancing norms have to be followed, the trains stopped in each station for 50 seconds instead of 20 seconds earlier. 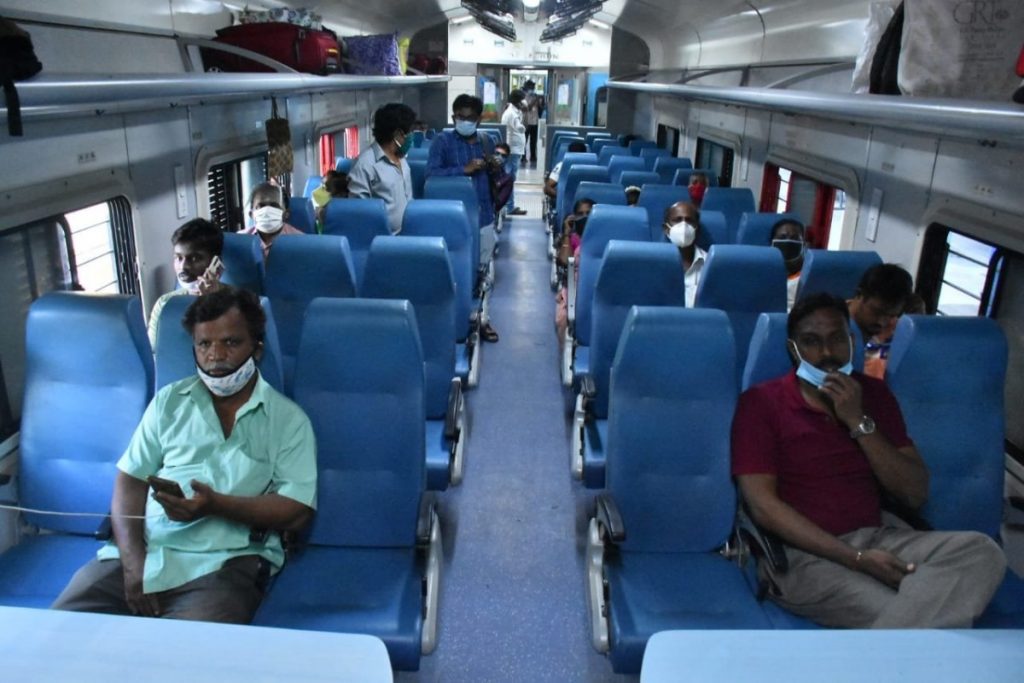 All the passengers were subjected to thermal scanning at the entry points and compulsorily wore face masks during their travel. There were no tokens for buying tickets and instead only smartcards and the QR code system was put in place. Though each Metro station has four entry points, only two were opened when the services resumed today. If the need arises, then the other two entry points could also be opened.

The bus, train, and Metro Rail services were suspended in March in view of the COVID-19 induced lockdown. Though intra-district bus services were allowed to operate for a while, it was subsequently withdrawn due to a spike in the number of corona positive cases. 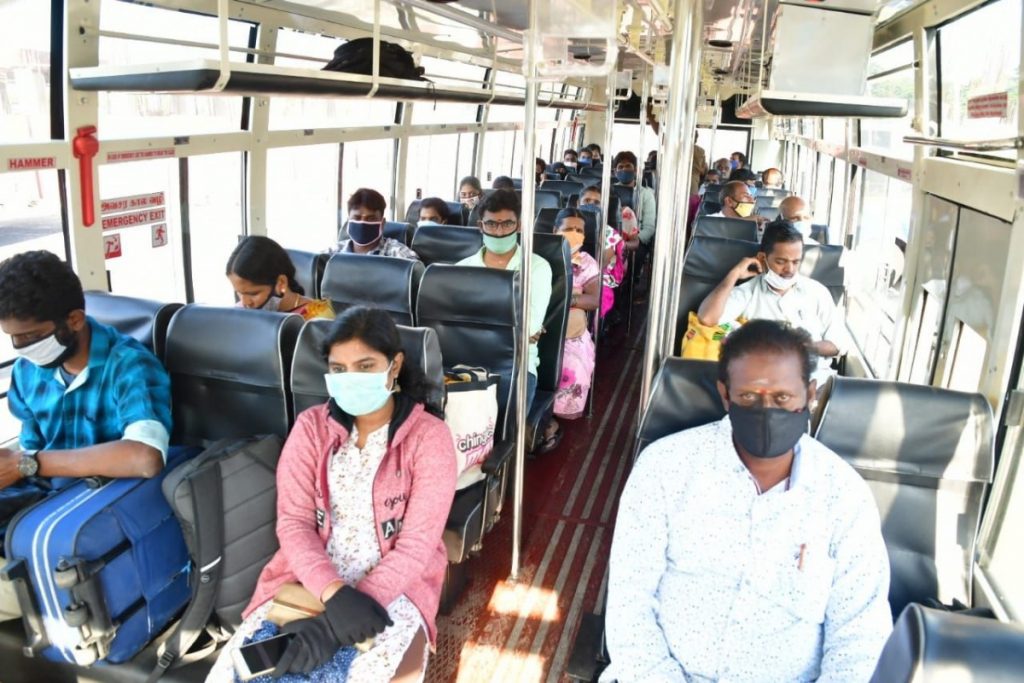 After a gap of five months, as part of Unlock 4.0 measures, bus services resumed in Tamilnadu, including in Chennai on 1 September after Palaniswami announced a slew of relaxations while extending the lockdown by one more month till 30 September. Toeing the line taken by the Centre, he had also announced that Chennai Metro Rail services would be resumed from 7 September, while a decision on operating inter-State train services from September 15, would be taken depending on the prevailing situation.

Among the relaxations announced by the state government was the cancellation of the e-pass system to travel from district to the other, the opening of all places of worships, hotels, parks and gyms and shopping malls, cancellation of total and complete lockdown on Sundays, and allowing the visit of tourists to hilly resorts of Kodaikanal, Ooty, and Yercaud with prior permission from the respective District Collectors. 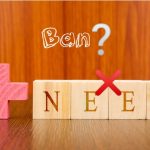 NEET to save or take lives- Ban NEET! 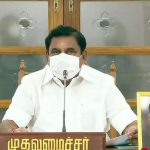