It’s August 6th, the world celebrates this day as Friendship day, which started way back in 58′ in Paraguay. The South Americans celebrated it every year, and later on, the fad spread to the rest of the world. The habit of tying each other friendship bands, naming one or two as the best friends. A silly addition of ‘no we must avoid that guy’, ignoring some kids to not be a part of the celebration. It used to be a fun activity in schools and colleges. But, now it has moved onto the digital platform.

The actual tagging of people with friendship bands is not quite famous as it used to be. Instead, the Millennials rely on the social media, to tag each other to relevant and non-relevant posts. Even messages and calls have become a thing of the past, now its just ‘tag him to the playboy post’.

Earlier we used to remember things, be it numbers, addresses or even birthdays of our friends. Now, if you don’t have the reminder from your social media, you aren’t simply aware of the event. Then, how will you call him/her in the middle of the night and disturb the whole family with your birthday wish?

Not mere nostalgia but an observation

The coming of things with technology and innovations are much appreciated. But, are they making our lives more or less complicated? Whatever might be the answer, we must take pleasure with the company of our friends and family. Spend more time with real humans, and real conversations instead of being caught up in the digital web.

Do you remember the airplane drawing in which we used to jump around and play. The ‘ice-boys’ Indianised version of Hide & Seek, was a thrill to be part of during the power cuts. The trading cards, the Nintendo Mario and the countless hours of discussions about who’s better in WWE & Pokemon.

If you are a 90s kid, you must be the luckiest to be alive right now. We’ve seen technology grow from tape cassettes to wireless speakers and more. Give a shout-out to your 90’s friends, and share this article with your friends and families.

Has Social Media Killed Your Friendship? 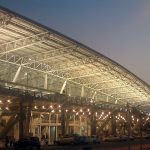 Chaos in Chennai Airport Thanks To Hanuman 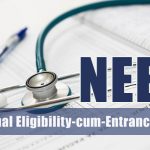 In the name of NEET examinations