After Tamil Nadu Government announced that original license is a must, the people are not happy about this. Many people are finding it difficult to follow this new rule. The police have stated that they would file charges on those who do not carry their original license.

How far will this affect the people living in TN?

Since this rule is going to be active from September 1st, many riders are facing difficulties. In a press release, police had told to cancel the driving licences of riders who are violating this rule. This rule has many complications. In case if a person is carrying a driving license and it is lost, it is really hard for him to re-apply. The person has to undergo various procedures again to get a new license card. For people, who are from other districts and states, they find it difficult to carry the original one for transport. It is hard for them to go back to their respective places and bring back their original one.

As per Section 3 of the MV Act 1988, it is compulsory that a person cannot drive in public without the original licence. The police have also stated that for those who are driving without the original, they will be imprisoned for 3 months or with a fine of ₹500 or both. Section 130  MV act 1988 also states that a person must provide his original license when asked by the police in any public signal or area.

Original License, a must from September 1st, says TN Government 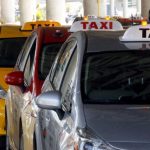 Original Driving License cause trouble to Drivers working for Cab... 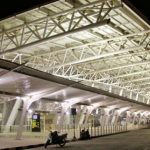