The recent announcement of staging the Indian Premier League (IPL) 2020 season in the United Arab Emirates (UAE) has filled the IPL franchises and fans with joy. 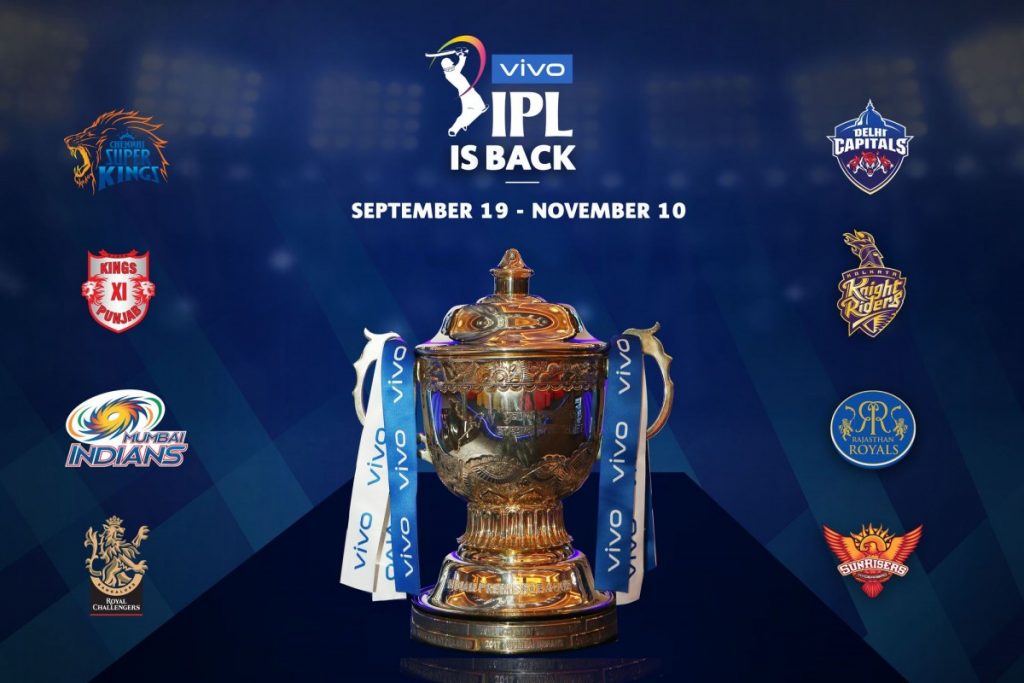 The 2020 edition of the Indian Premier League is set to take place in the UAE between September 19 and November 10. The tournament that was scheduled to begin from March 29 was postponed due to the outbreak of COVID-19, Following the IPL Governing Council meeting on Sunday (August 2), it was decided that the matches will be played in “Dubai, Sharjah and Abu Dhabi subject to necessary clearances from the Government of India,” said an official statement. 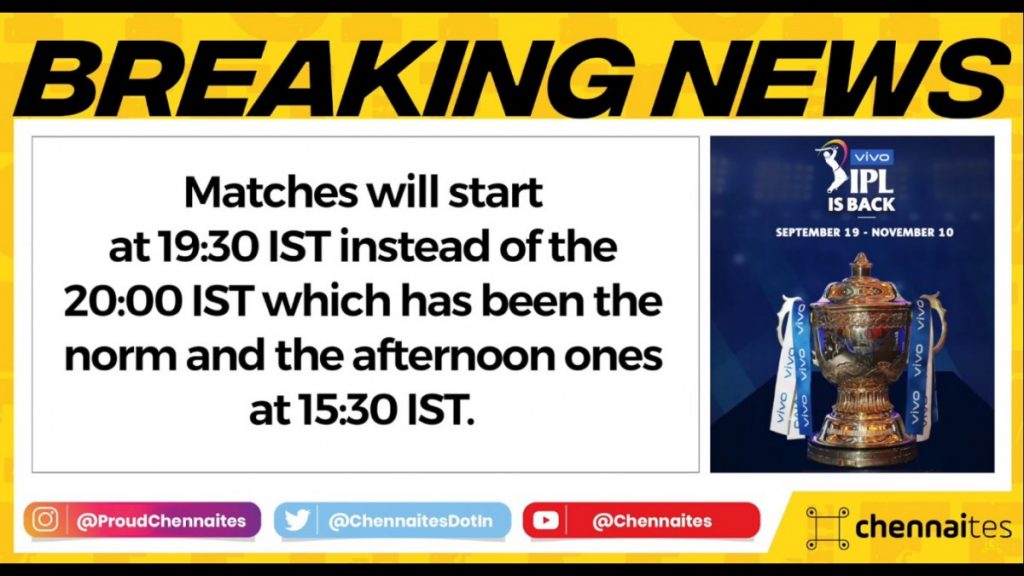 The IPL governing council has finalized other key decisions, meanwhile:

– There will be 10 double-headers in total 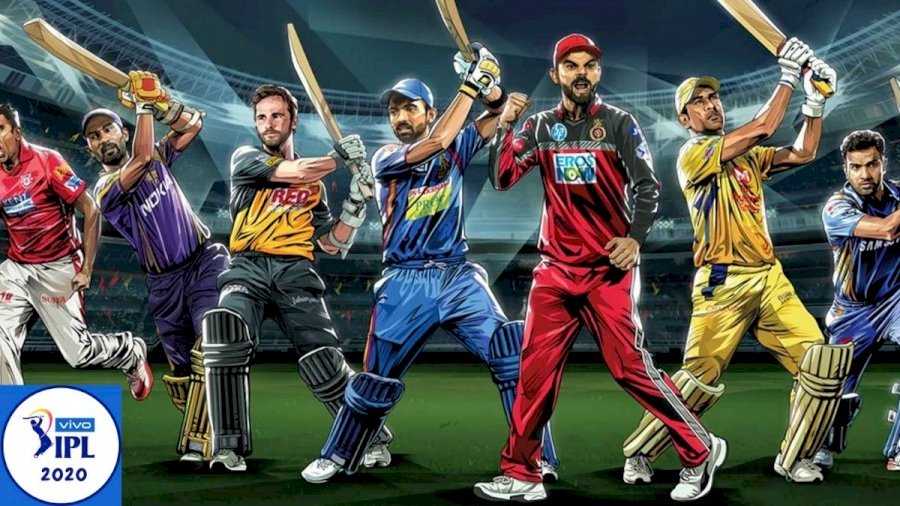 “The Governing Council also reviewed the Player Regulations for replacement player for 2020 season.

“The Governing Council also discussed the comprehensive Standard Operating Procedures (SOPs), which will be finalized and published in due course, including the agencies to execute and deliver a bio-secure environment for the safe and successful conduct of IPL 2020 Season,” said the statement.

Ever since the announcement was made, every IPL franchise has been posting videos and pictures on their social media platforms, & netizens flooded with gala memes over the internet to show their excitement for the thirteenth edition of the world’s most famous cricket league. 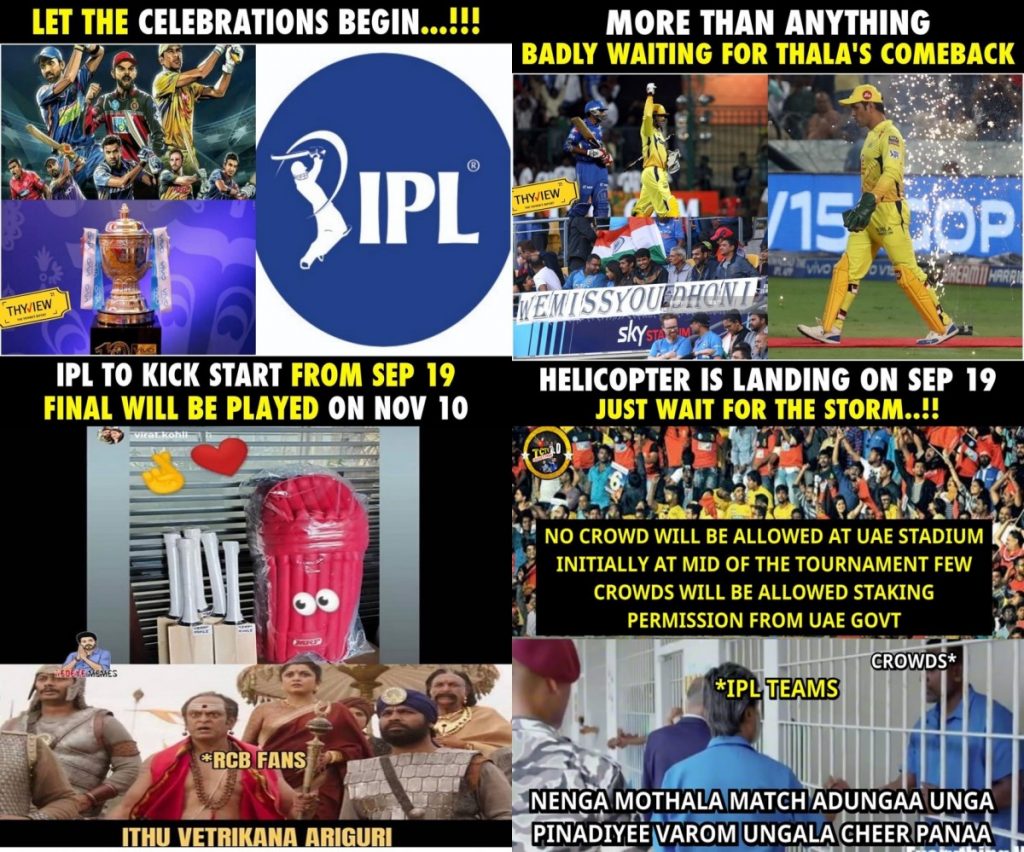 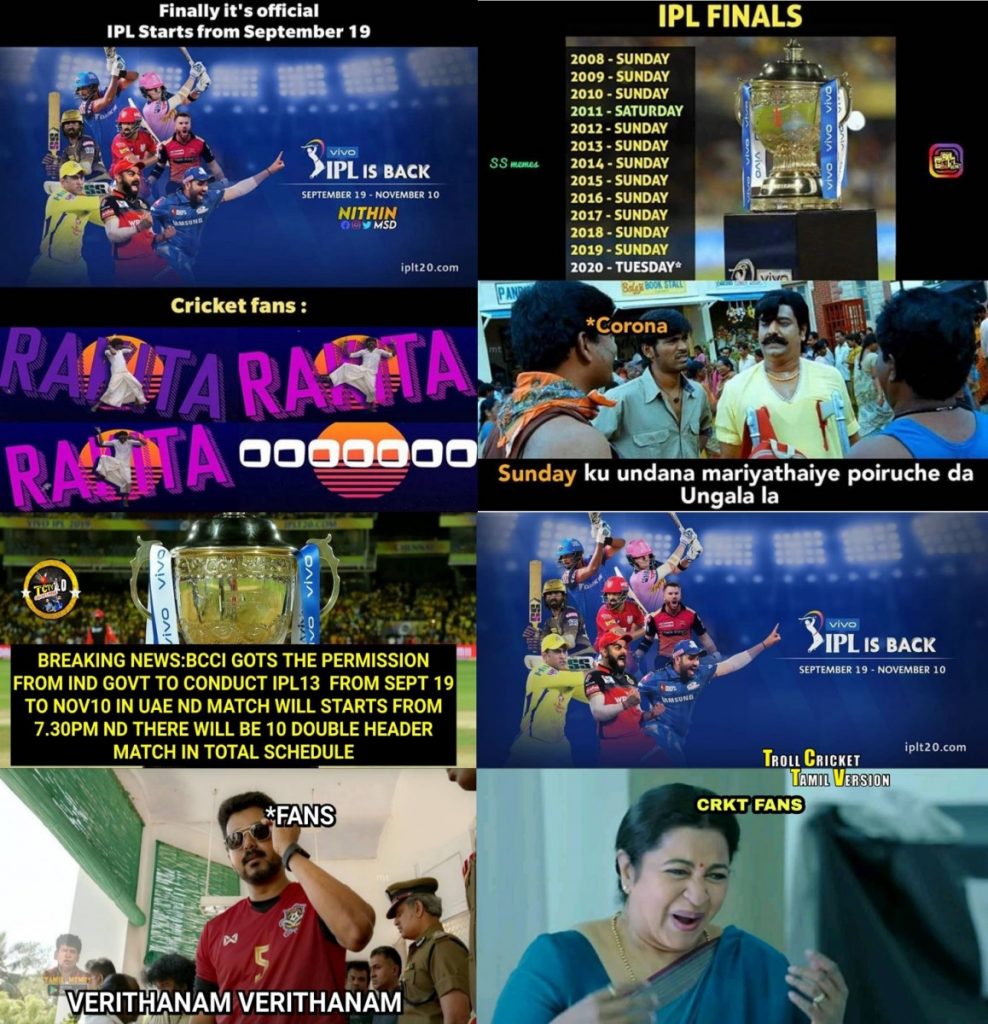 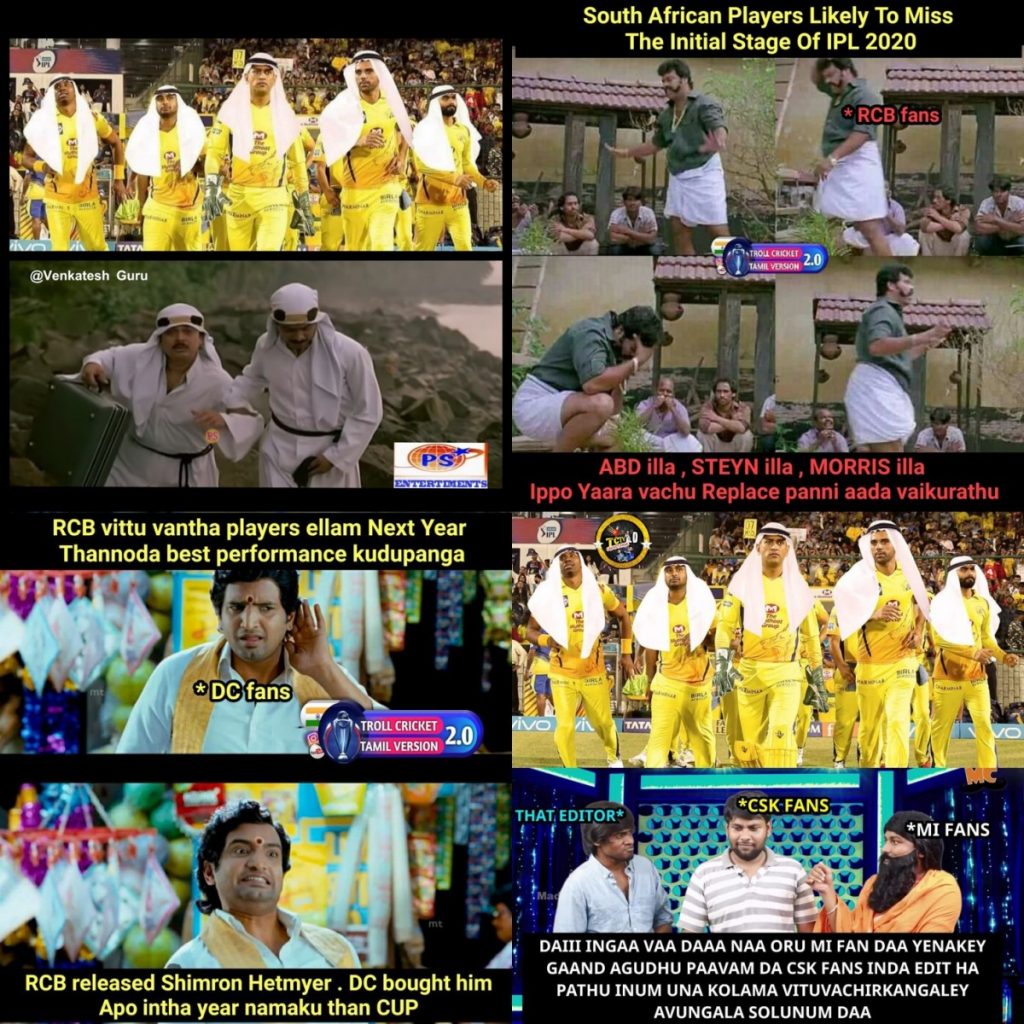 IPL Kickstarts with Gala Memes flooded over the Internet 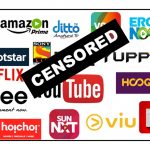 OTT Platforms, Youtube and Other Social Media Networks to get... 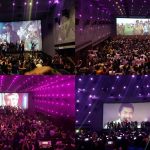 All Set to Re-open of Cinema Theatres in Chennai &...