A 53 year old Rajeev Katiyal was waiting for coach under the airplane wing after landing in Delhi from Chennai. IndiGo’s ground staff alleged that Mr Katiyal spoke foul language and so they physically barred him from entering the coach to reach terminal. How the heated arguments began is still unknown and Mr Katiyal was manhandled, dragged down to the floor and held at his neck by one of the airline’s ground staff. Mr Katiyal in shock and panic tried to defend himself, but was helpless against the firm neck hold by the airline staff. This incident was recorded by another airline staff, reason unknown. The airline’s CEO rang the victim and apologised for the horrid experience Mr Katiyal had to endure.

This video recording of the incident was leaked by a whistle blower who was later fired by the airline. As any brand would be embarrassed for their employee’s detrimental actions against a passenger/ customer, IndiGo claims to have apologised to the passenger.

Posted by Chennaites on Tuesday, November 7, 2017

But, while IndiGo is taking lead in the Indian airline market, has the airline lost their virtues while climbing up the ladder of success? Or does IndiGo believe this inhumane behaviour of their employees against a passenger will be left unnoticed?

Angry
513
Angry
Chennaites - Keep Yourself Updated. An Exclusive Page to share wonders & blunders you came across in your life in Chennai

IndiGo apologises for inhumane behaviour of its staff 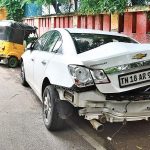 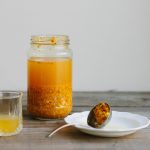 Homemade Master Tonic to get rid of the Flu!