You won’t Believe Chennai is the noisiest Metro City in India :

Chennai is the noisiest among the six metro cities, but the noise levels in other metros are also very high, suggests Central Pollution Control Board data 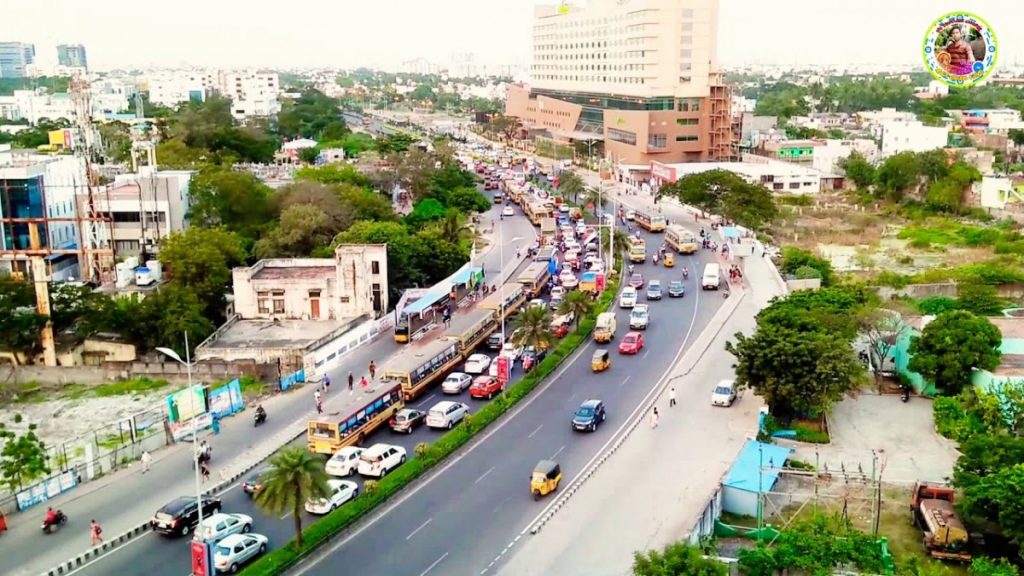 As the recent survey exactly briefs on the threats of noise pollution, the Central Pollution Control Board (CPCB) tracks noise-levels through monitoring stations spread across India’s major cities. In 2018 (the latest year for which data was available), Chennai was the noisiest among India’s six metros. Across the city’s 10 stations, the average noise levels during the day were 67.8 decibels (dB), much higher than the equivalent figure for Delhi (61). Since decibels are measured on a logarithmic scale, a 10 dB increase actually translates to a doubling in perceived loudness making differences between cities more significant. 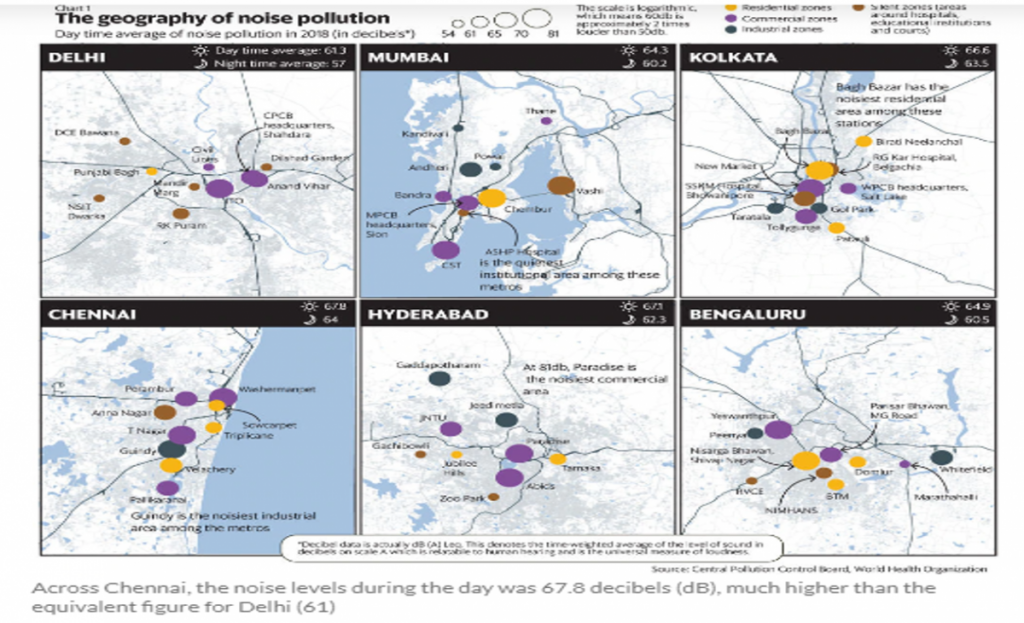 Almost every part of India’s cities, though, including Delhi, violates noise pollution standards. The government mandates that noise levels in residential areas should not exceed 55 dB during the day (and 45 at night). 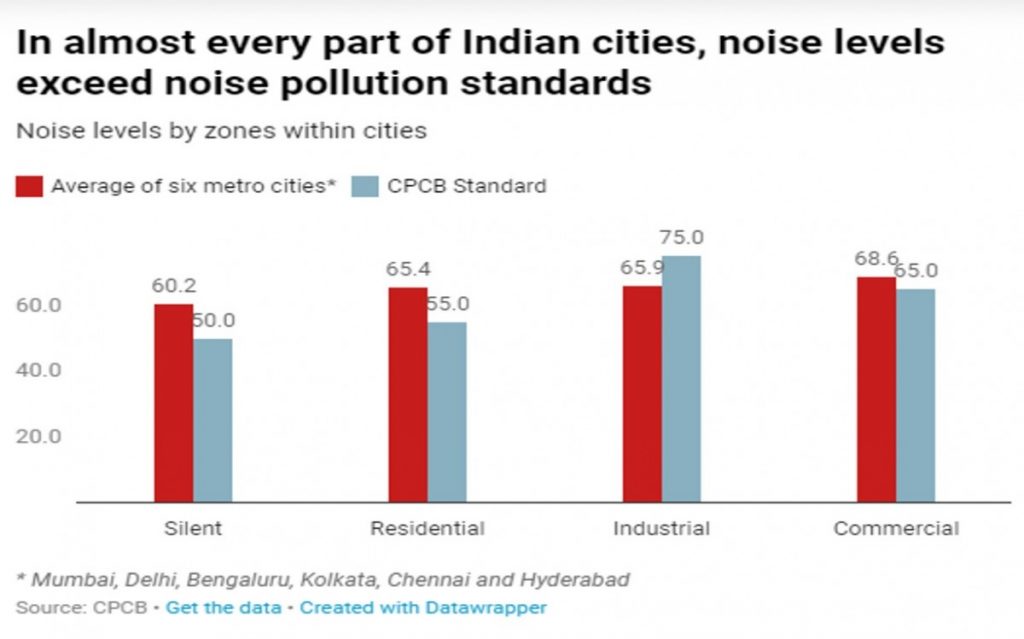 According to data from the World Health Organization (WHO), South Asia already has the highest prevalence of hearing loss in the world among children and the elderly. Also, the study discusses clearly that Western Europe was found to be associated with greater risk of heart diseases, more stress-related mental health risks, and slower child cognitive development. 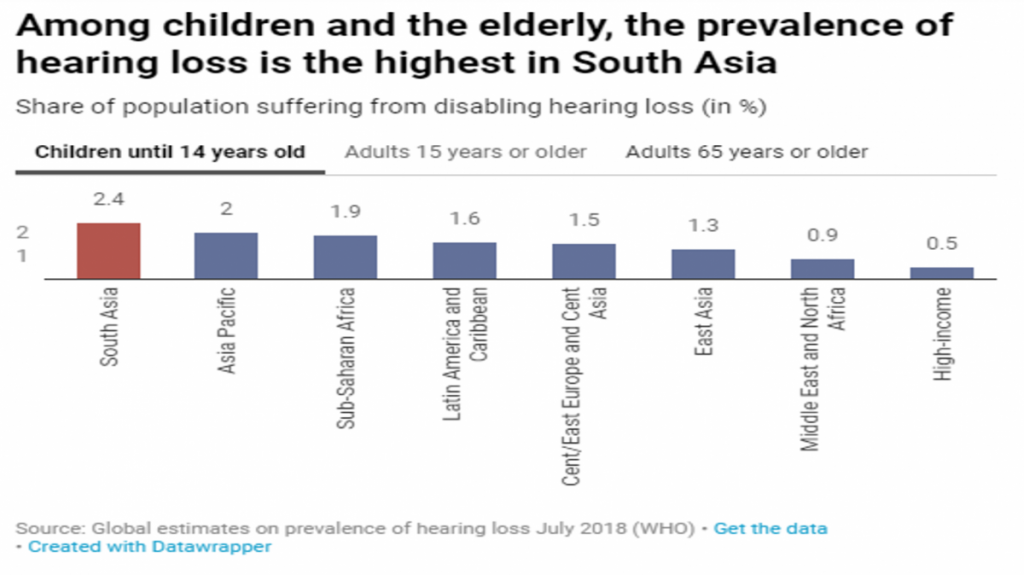 Also, noise pollution can even hurt the economy & affects society. Noise at night affects the quality of sleep which is considered an important determinant of well-being and productivity. Even during the day, working in a noisy environment hurts productivity.

P.S: Now the Solution is Required & Make Your society noise-free! 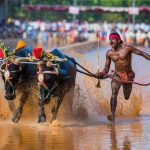 Proud Moment : Usain Bolt Record Broken Off by an... 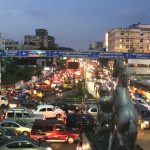