The legendary singer, who was hospitalised in August after testing positive for COVID-19, died on Friday afternoon at a private hospital in Chennai. He was 74.

Popularly known as SPB, Balasubrahmanyam made his singing debut in 1966 with Telugu movie Sri Sri Sri Maryada Ramanna. He has sung over 40,000 songs in as many as 16 languages including Telugu, Tamil, Malayalam, Kannada, and Hindi.

A Timeline of SPB:

Rise of the Legend: 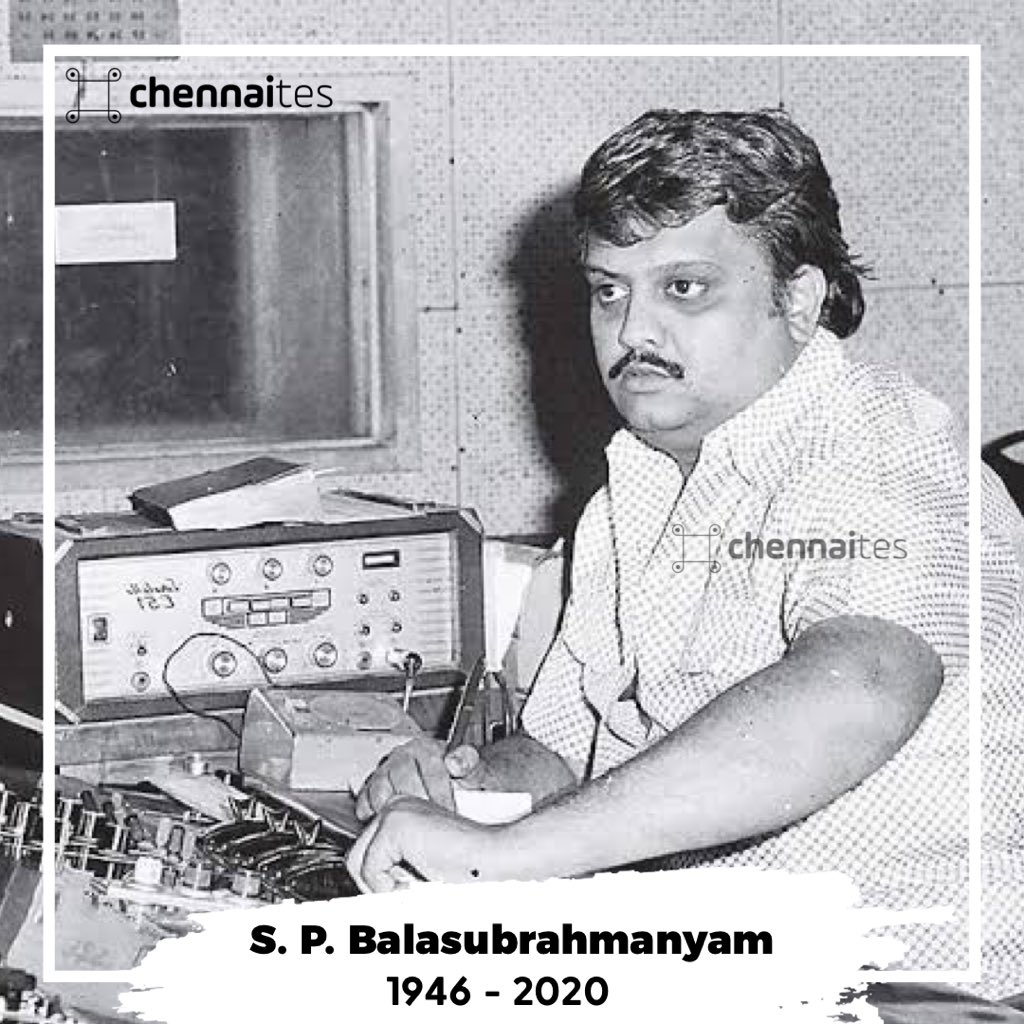 Born Sripathi Paditha Arathyula Balasubramaniam, in 1946, to Nellore-based Harikatha exponent Sambamurthy, SPB’s ambition was to become an engineer. His failure to clear a subject in his PUC course forced him to pursue the now-defunct AMIE course in Chennai. But the music in his blood lured him towards singing competitions, and finally to the film world.

His talent was spotted by another playback singer and music director S.P. Kothandapani, who was sitting among the audience at a competition at the Andhra Social and Cultural Society (ASCA) and he provided him with an opportunity to sing in the Telugu film Sri Sri Mariatha Ramanna.

Balasubrahmanyam sang thousands of songs in South Indian languages and in Hindi for five decades for generations of actors — from MGR, Sivaji Ganesan and Gemini Ganesan, Rajinikanth, Kamal Haasan, down to the stars of the present — and is the winner of six national awards. He also had won the hearts of several fans across the world for whom his songs have marked milestones.

‘Paadum Nila’ (Singing Moon) as he was called by his fans had a lilting voice with the finest traces of great singers. 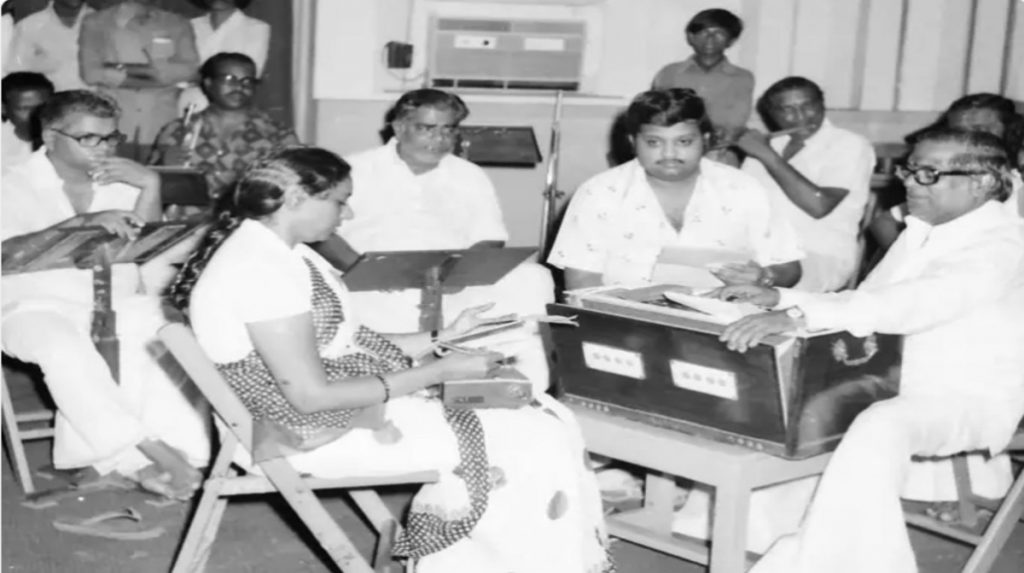 Looking back, even as he secured a toehold in the Telugu industry, a break in the Tamil film industry proved elusive until an introduction to music director M.S. Viswanathan (MSV) through his friend Bharani. SPB chose to render Nilava Ennidam Nerungathy before MSV, who liked the voice but had reservations about his Tamil pronunciation. It was actually a chance meeting with MSV opened the doors of Tamil film music. SPB came in like a fresh breeze with Iyarkai Ennum Ilayakanni, for the film Santhi Nilayam.

The singer, composer and producer has numerous state and national awards to his credit, apart from other honourable recognitions. 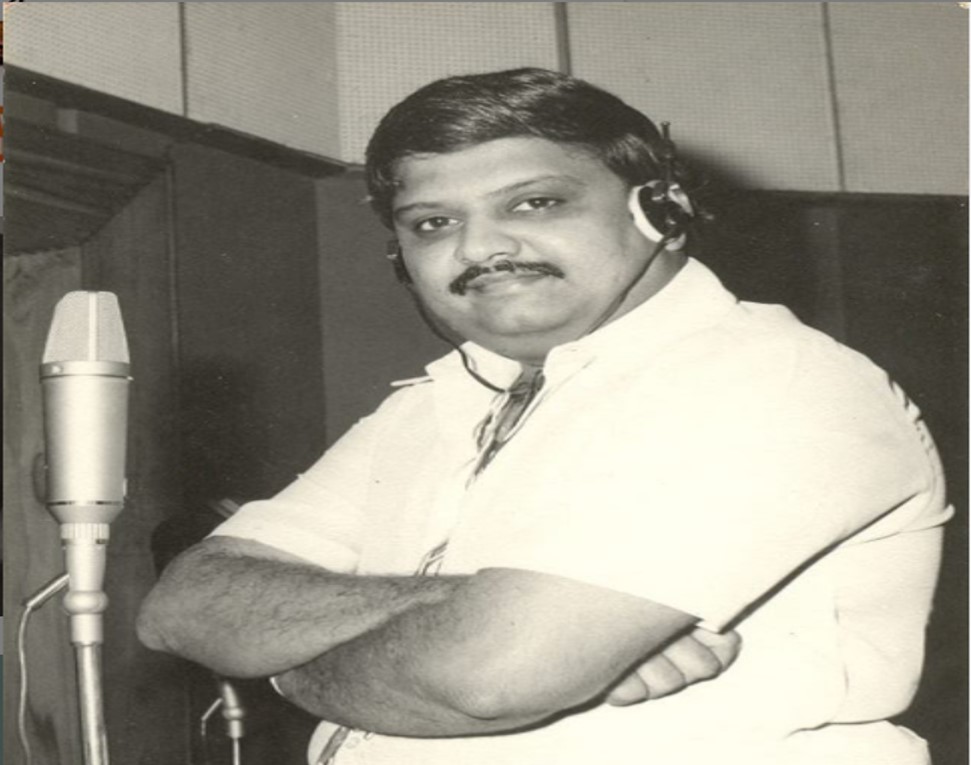 The veteran singer has recorded over 40,000 songs in 16 Indian languages and holds the Guinness World Record for recording the highest number of songs by a singer. He has won the National Film Award for Best Male Playback Singer six times, the Filmfare Award seven times for his work across many industries, the Tamil Nadu State Film Awards four times, the Government of Andhra Pradesh’s Nandi Awards 25 times, and the Karnataka State Film Awards three times. He was also a recipient of the Padma Bhushan (2011) and Padmashri (2001) from the Government of India.

SPB bagged his first national award for Sankarabharanam, even though all the songs in the Telugu film are based on pure Carnatic ragas. He was never formally trained in Carnatic music, but that did not stop him, not then, not ever. 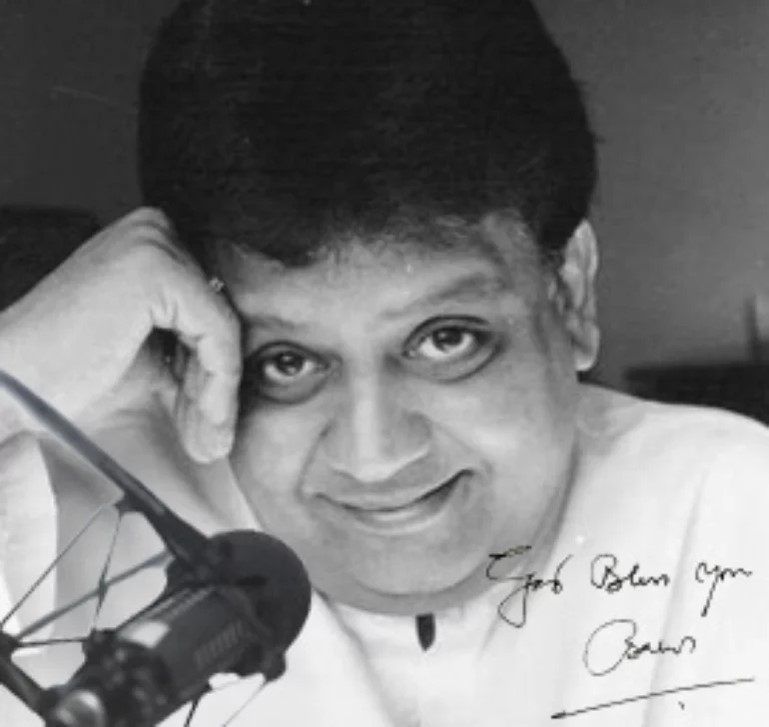 The award for Tamil films eluded him many years even though his collaboration with music directors Ilayaraja and M.S. Viswanathan had resulted in innumerable memorable duets, solos, folk songs, spoofs and songs with classical touches. He finally won it for the song Thanga Thamarai in the film Minsara Kanavu for which the music was scored by A.R. Rahman. 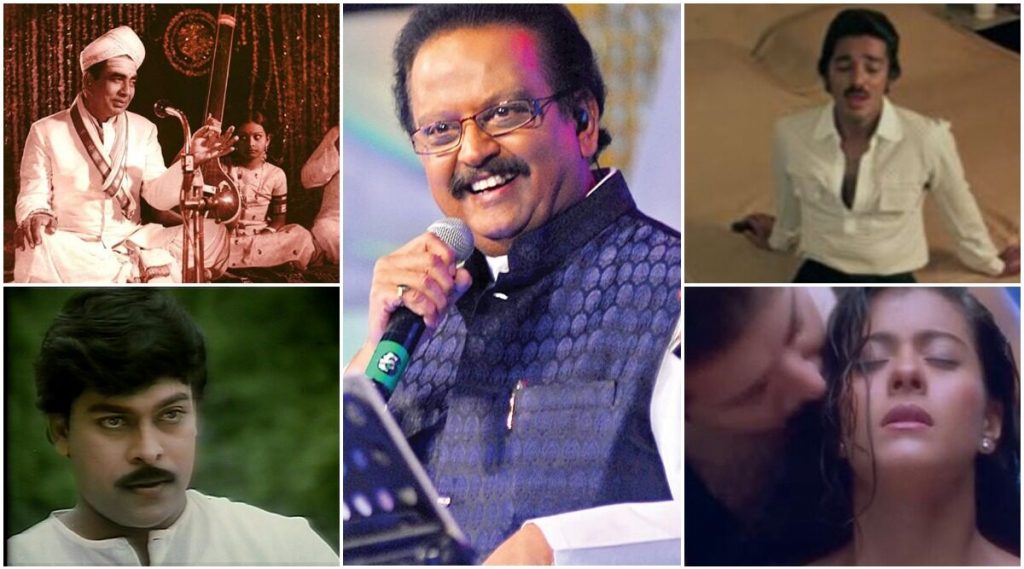 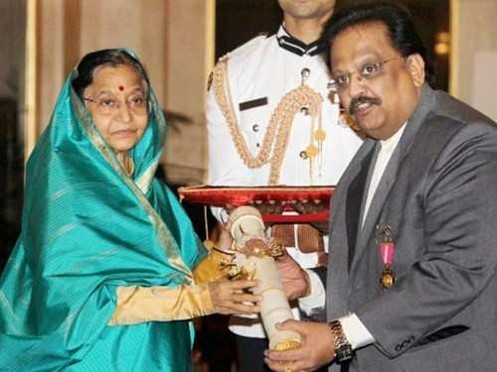 Kalaimaamani by Government of Tamil Nadu – 1981

Even though he worked with other music directors like V. Kumar, Vijaybaskar and Shyam, SPB’s career graph ascended with the arrival of Ilayaraja and actors such as Rajinikanth and Kamal Haasan.

Once the combination with Ilayaraja begins it proved out to be unstoppable, At a time when Ilayaraja started dominating film music, MSV’s music for Ninaithale Inikkum rocked and almost all the songs were rendered by SPB in the film. Later when MSV and Ilayaraja came together to score music for Mella Thiranthathu Kathavu, SPB was their natural choice. The duets he rendered with S. Janaki were irreplaceable.

SPB was the favourite singer of MSV and would always cherish the song Ilakkanam Marudho in the film Nizhal Nijamahirathu. 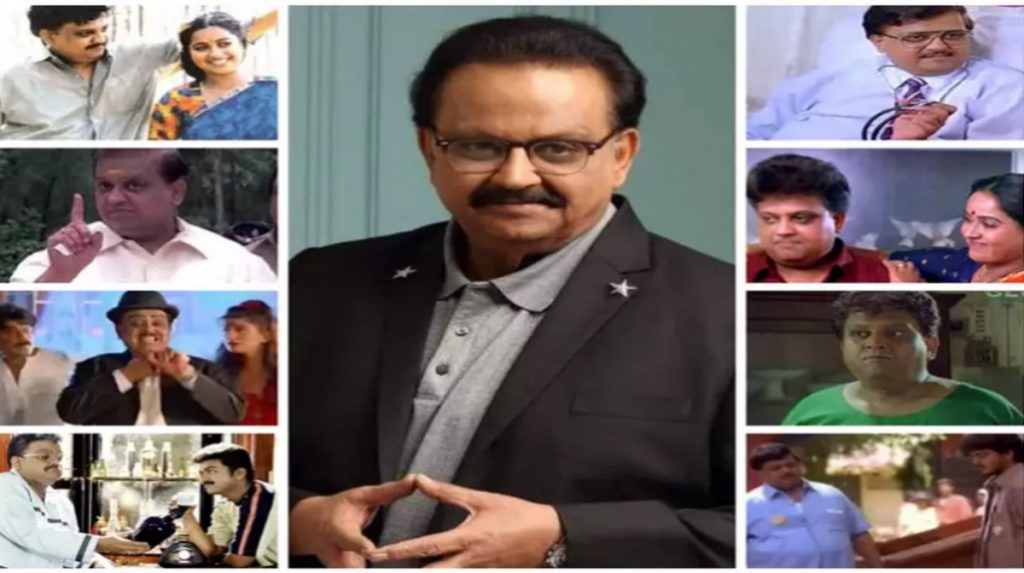 He also was an admired character actor, earning praise for his effortless performances in films like Manathil Uruthi Vendum, Thiruda Thiruda, Kadhalan, Minsara Kanavu, and Moone Moonu Varthai. He also played the leads in films like Keladi Kanmani and Sigaram. He was also a voice actor, dubbing for superstars like Kamal Haasan, Rajinikanth and Mohanlal in Telugu, and for Anil Kapoor and Balakrishna in Tamil.

End of an Era:

Legendary singer SP Balasubrahmanyam, who had been undergoing treatment at a private hospital in Chennai after testing positive for COVID-19 during the first week of August, While his health had deteriorated during the second week in the hospital, he was gradually making progress, with his son, SP Charan diligently updating on his health status. 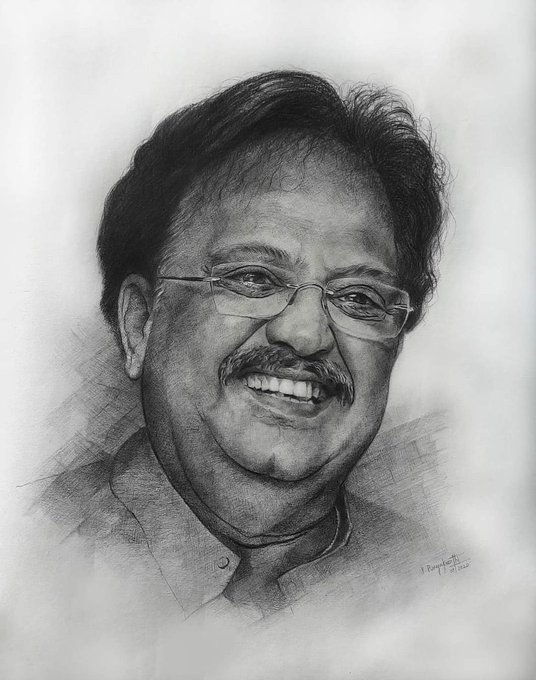 Unfortunately, the acclaimed singer’s health deteriorated in the last 24 hours and he passed away at 1:04 PM on 25th September 2020.

#RIP Balu sir … you have been my voice for many years … your voice and your memories will live with me forever … I will truly miss you … pic.twitter.com/oeHgH6F6i4

A true loss to the world of Music…Heart breaking … May his soul Rest in Peace. pic.twitter.com/3KG1JOcGLG

Heartbroken to hear about #SPBalasubrahmanyam sir… you will forever live on in your undisputed legacy of music! condolence to the family #RIP 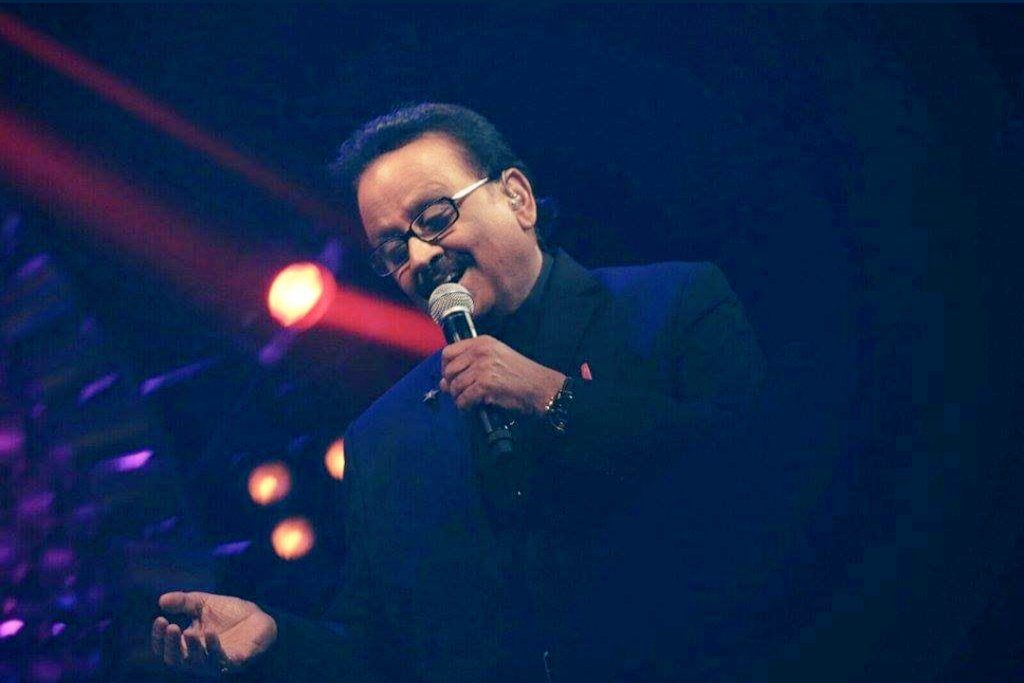 A legend who gave us various hits has today left us all in tears and grief. May his soul rest in peace and his voice live forever.

The End of an ERA – S.P. Balasubrahmanyam, A Legendary voice & legacy will be remembered forever! 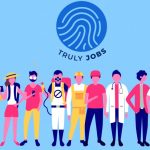 COVID Pandemic can reroute your career through Truly Jobs