A 24-year- old girl gets admitted after jumping from a 7 floor flat in Virugambakkam.

The incident happened on Monday (28 th September, 2017) around 11 pm. After her jump, she landed on a car parked below and the girl’s name was J. Niveditha. The police had reported on Tuesday that she broke her back in the fall. Doctors are treating her at a private hospital and have described her condition is
serious, but, she was out of danger.

So what is this Blue Whale Challenge?

Blue whale challenge is an internet game that is claimed to exist in several countries. It is a 50-day challenge where players have to do tasks assigned by the curator. The task could be anything. Initially, the task starts with basic assignments like listening to music, waking up at odd hours. Later, the tasks turn violent where the challengers
are asked to carve images on their body. And at the end, the challenger has to commit suicide. All this is monitored by a curator who takes control of the challenge.

Few of the neighbours and the security guard stated that they heard a loud sound and found Nivedita bleeding badly on the roof of the car. It was reported that the parents never knew about their daughter playing the game. The police checked all the call data from her cell phone to see to the problem link in connection with her suicide. They are waiting for her to regain consciousness, so that they can talk about the problem causing her to attempt suicide, said a police officer.

The government on 11 th August, 2017 has asked all the social media majors like Google, Facebook, Whatsapp, Instagram, Microsoft and Yahoo to immediately remove all links related to the blue whale challenge. 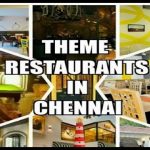 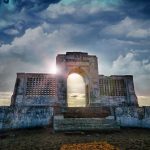 Happy Birthday to the city we love #Madras378